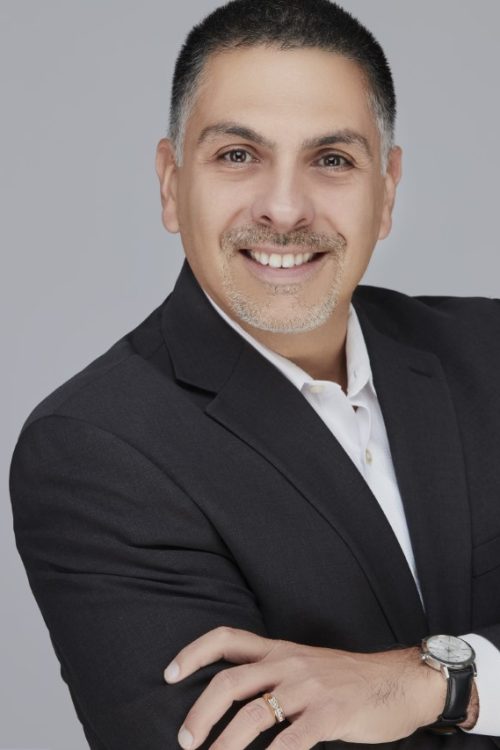 Jose joined HCCN in 2013 following eight years as CEO of the YWCA of Trenton, NJ. After successfully turning around a multi-million dollar organization that was suffering from large debt, an aging infrastructure and dwindling revenues, Jose grew annual budget by over 45% in just three years. He developed and founded the national “ Stand Against Racism ” movement – a call to people from all backgrounds to "Stand Against Racism" and discrimination. Within two years, he ignited a national movement, inspiring and leading over 100 CEOs of YWCAs throughout the country, which led to the participation of over 3,000 corporations and organizations in 39 states. Over a quarter million participants have become part of the movement, which has been featured by ABC, NBC, and CBS and over 300 major newspapers nationwide. Jose’s initiative earned him the endorsement of six U.S. Governors. Previously, Jose served as Chief Development Officer for RENEW International, a faith-based organization that promotes spirituality through its international base of over 25 million small faith-based communities. In 2011, Jose was named New Jersey’s Top Forty Under 40 by NJBiz, and was also honored at the 2010 Spirit of Community Gala in Trenton, NJ in recognition of his impact in the community. From 2007-2010 Jose served as an Advisor to the Governor in the matters of Human Services. In addition, he currently serves on a number of local and regional boards, including the MIDJersey Chamber of Commerce, where he is also a member of the Executive Committee and co-chairs the Hispanic Business Council for the central New Jersey area. He earned dual bachelor’s degrees in religious studies and social work from Iona College, and theology post-graduate work at St. John’s University.

George oversees projects devoted to the strategic assessment, planning and management of chaplaincy services and to developing the evidence for the efficacy of chaplaincy care. Widely regarded as one of the foremost authorities on the deployment and practice of professional healthcare chaplaincy, Rev. Handzo has authored or co-authored over fifty chapters and articles on the practice of spiritual care and chaplaincy care and was the co-principal investigator on a major grant from the John Templeton Foundation investigating the contribution of spiritual care to health care. He is a past president of the Association of Professional Chaplains which in 2011 awarded him the Anton Boisen Professional Service award, its highest honor. He serves on the leadership team of the Global Network for Spirituality and Health and on the Distress Guidelines Panel of the National Comprehensive Cancer Network. The Rev. Handzo is a graduate of Princeton University and Yale University Divinity School. He is a Certified Lean Six Sigma Black Belt.

Sue is the Director of Professional and Community Education at HealthCare Chaplaincy Network and the Director of Education for the Spiritual Care Association. She has over 35 years of clinical, administrative, writing, educational design, development and teaching experience in the provision of professional chaplaincy and spiritual care in numerous health care, and community settings as well as an expert advisor to multidisciplinary professional organizations. Sue is a nationally recognized expert in cultural competence in health care and has taught about cultural competency in all health care settings for over two decades. She has contributed to work through both writing and teaching for organizations like the Joint Commission, the American Medical Association, the American Burn Association, and the National Consensus Project for Quality Palliative Care as well as through numerous articles and presentations. Sue is an advance practice board certified member of the Spiritual Care Association. She is also a board certified chaplain member and past president of the Association of Professional Chaplains who, in 2013 gave her its highest honor - the Anton Boisen Professional Service Award.

Director of Programs and Services

Director of Programs and Services

Brian is a passionate chaplain advocate and consultant. He has worked clinically in New York, Texas, Arizona, and Pennsylvania, and served in leadership positions within the Association of Professional Chaplains. He has contributed to the writing of recent HCCN White Papers including Spiritual Care and Nursing: A Nurse's Contribution and Practice and Spiritual Care: What it Means, Why it Matters in Health Care . Brian also coordinates and presents the annual "Best Chaplaincy Papers" webinar each spring. He lives in Dallas, Texas, with his wife and two elementary-school-aged children.

Peggy has a heart for chaplaincy. As an ordained Episcopal priest and APC Board Certified Chaplain for over 30 years, she brings experience from the bedside, administration and the boardroom. Over her career Peggy has ministered in Connecticut, Ohio and her native New York City, holding positions in both long-term care and acute care setting. Most recently she resigned as Director of Pastoral Care and Education at the former, St. Luke’s- Roosevelt Hospital Center for the HealthCare Chaplaincy to accompany her husband, the Rev. Stephen Bolle to Greenville, SC. Peggy has written and published on chaplaincy, long term care and ethics including articles in Plainviews. She served as Secretary and former Board member of APC and held office in the American Society on Aging. Currently, lives in Greenville, SC with her husband, and her precious pug, Priscilla. Trying to conquer the piano and a golf course occupy her free time.

Executive Assistant to the President and Chief Executive Officer

Executive Assistant to the President and Chief Executive Officer

Paula has been with HealthCare Chaplaincy Network since 2013. In addition to providing administrative support to Rev. Hall, she coordinates all aspects of Board of Directors' meetings and maintains ongoing communications with the members. Paula has an extensive background in administration in the fields of investment banking, information technology, restaurant franchise management, and yacht sales. She holds a BA in Psychology and an MA in Liberal Studies, both from The College of Staten Island, CUNY.

Cindy has been with HealthCare Chaplaincy since October 2014 as the Executive Assistant to the Chief Operating Officer as well as the Registrar for Clinical Pastoral Education (CPE). Cindy hails from the Bronx and she has worked in the healthcare setting for more than 20 years and is excited about contributing to healthcare from the spiritual care perspective. Cindy is the proud mom of Shannon and is currently enrolled as a student at Bronx Community College, where she has been inducted into the Phi Theta Kappa Honor Society.

Gary joined HealthCare Chaplaincy in July 2019 and brings with him over 30 years’ experience in Accounting within the Advertising and Media industries. He enjoys partnering with all colleagues within the Company to help maximize services delivered to our Clients. Gary holds an MBA from Pace University. He has earned a NYS CPA license, as well as a CMA designation. He lives in Hicksville, NY with his wife Sherie, and tries to keep up with his grandchildren.

Mark is responsible for developing fundraising strategies, proposals and reports, along with other organizational communications. He previously held fundraising positions at The Partnership at Drugfree.org, Environmental Defense Fund, and The New York Hospital-Cornell Medical Center. He has also worked as a fundraising consultant and grant writer/researcher for numerous nonprofit organizations, including NYU Downtown Hospital, The Door, University Settlement, Phipps Community Development Corporation, Arthritis Foundation, Woodstock Byrdcliffe Guild, and many others. He joined HCCN’s staff in December 2015.

Chris brings over 30 years of IT, management and creative direction. Chris has worked extensively within the corporate, legal, government sectors. Most recently, Chris' focus has been driving emerging technologies within the healthcare industry. During his work in Asia and Europe, Chris has acquired significant experience in international business administration, staff management and practices. Prior to founding Correlative Incorporated, Chris was employed with the international law firm of Morgan Lewis as Network Manager and Chief Technology Architect. Chris led a twelve-member team of network engineers and administrators directly responsible for the design, implementation and management of the firm's international network consisting of 15 offices and over 3,500 nodes. Chris has also been employed with leading international companies including Computer Sciences Corporation and Macmillian Publishing.

Franklin specializes in project management, web design, online marketing technologies and client support. Before joining HCCN, Franklin served 21 years in the position of IT Manager for the Law Firm of Morgan Lewis where he led the technology initiatives of the firm's Miami and Houston offices. Franklin holds a Bachelor degree from Arcadia University.

Jazimine Salvodon has over 14 years of experience in the event services industry. Jazimine delivers on-time, budget conscious, stellar events due in part to her positive attitude and her long lasting vendor relationships. Her top tier events are crafted to exceed the expectations of clients and attendees, whether for an intimate gathering of twenty or a diverse group of thousands. Jazimine has planned several events all over the United States and her international planning experience encompasses the UK, Australia, Greece, Ireland and Mexico. Jazimine a Certified Meeting Professional holds a Bachelor of Arts degree in Communications and Business from Howard University in Washington DC. Jazimine is a yogi and a certified ThetaHealer.

HealthCare Chaplaincy Network™ (HCCN), founded in 1961, is a global health care nonprofit organization that offers spiritual care-related information and resources, and professional chaplaincy services in hospitals, other health care settings, and online. Its mission is to advance the integration of spiritual care in health care through clinical practice, research and education in order to improve patient experience and satisfaction and to help people faced with illness and grief find comfort and meaning – whoever they are, whatever they believe, wherever they are.